Audio Recordings from TeslaCon & SE Wisconsin Festival of Books! Plus, Announcing THE BEST OF SPANISH STEAMPUNK

Before 2014 comes to a close, a couple of brief updates!

Back in November, I attended TeslaCon and the Southeastern Wisconsin Festival of Books as a guest. Below are the audio recordings of some of the panels I did at both, for your listening pleasure. If you’d like a copy of the audio file, contact me and I can email this to you.

How to Publish Your Steampunk Novel (audio)
Featuring Kevin Steil, the Airship Ambassador & blogger at TeslaCon V in November 2014. 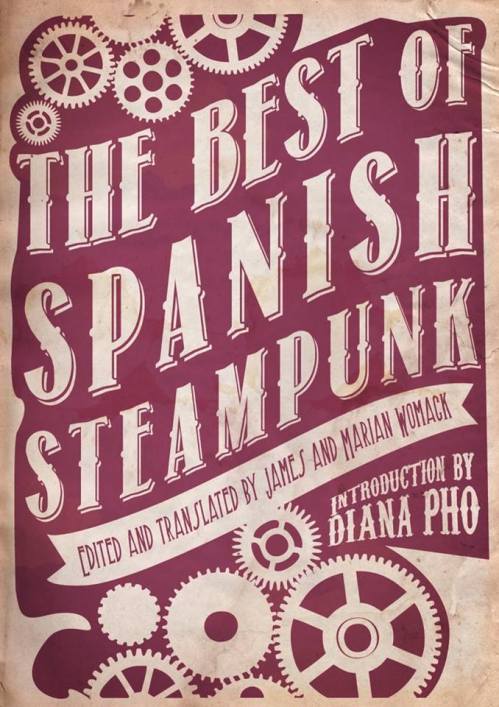 Additionally, The Best of Spanish Steampunk is coming out in early 2015. I’m thrilled to have been asked by editor Marian Womack to contribute an introduction to this new anthology of compelling steampunk fiction.

The Best of Spanish Steampunk will be the first English-language anthology to showcase the talented Spanish writers working in the Steampunk genre. It will be available in January 2015.

We are living a time of fast-paced change, in a decadent society in serious need of a rethink of its ethical and social principles. The values of our way of life, the system we uphold, are reaching their natural exhaustion point. The Steampunk sensibility has found fertile ground within the community of Spanish SF authors, who, in order to understand the problems of a country ravaged by the economic crisis, huge unemployment levels and frustration with the political and social system, are turning towards two major literary currents : the dystopian novel and Steampunk.

As Bruce Sterling has suggested, “Steampunk’s lessons are not about the past, but about the instability of our own times … Steampunk is popular now because we are unconsciously realising that the way we live has already died”. This is a succinct description of Spain’s approach to the genre. By engaging with a writing that focuses on the “glorious past” of an idealized Victorian age, Spanish authors are trying to highlight their disenchantment with their future. These are the inheritors of the first “wave” of English-language Steampunk.

Other trends are even more critical, connecting directly to the social and political commentary inspired by Steampunk’s forefather H.G. Wells. This second trend focuses on a conscious reimagining of our history as a direct literary comment on our present, in order to find in the past answers for the current situation, and in our present possible ways forward. Spanish writers are “critically” reimagining key moments of our modern history, such as the Spanish-American Cuban war, or the Anarchist revolts of the 1930s in Andalusia.

Steampunk’s engagement with these topics offers an invaluable opportunity to reevaluate our world, the choices which have brought us to the situations we are facing today. In its key position between the present, the future, and the past, together with its critical heritage, Steampunk becomes one of the key cultural movements for going forwards into the XXI century.

Comments Off on Audio Recordings from TeslaCon & SE Wisconsin Festival of Books! Plus, Announcing THE BEST OF SPANISH STEAMPUNK

Filed under Announcement, Beyond Victoriana Odds and Ends, Conventions, Interviews